Noam Chomsky is a professor of linguistics at the Massachusetts Institute of Technology (MIT) and a critically engaged public intellectual. He received his PhD in linguistics in 1955 from the University of Pennsylvania and published the major theoretical contributions of his dissertation in Syntactic Structures in 1957. Chomsky is also well known for his critical stance towards mass media and its ability to ‘manufacture consent’, U.S. foreign policy and its hegemonic aspirations and the neoliberal phase of capitalism. He has written and lectured widely on linguistics, philosophy, contemporary issues, international affairs and U.S. foreign policy. His works in linguistics include Language and Mind (1968), Language and Problems of Knowledge (1988) and New Horizons in the Study of Language and Mind (2000). Some of his political writings are American Power and the New Mandarin (1969), Peace in the Middle East? (1974), Manufacturing Consent (with E. S. Herman, 1988), Democracy in a Neoliberal Order (1997), Rogue States (2000), Understanding Power (2002 edited by P. R. Mitchell and J. Schoeffel) and Gaza in Crisis (with I. Pappè, 2010 edited by F. Barat). 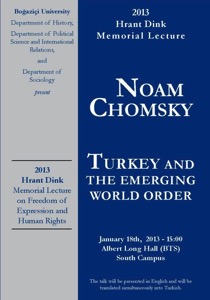